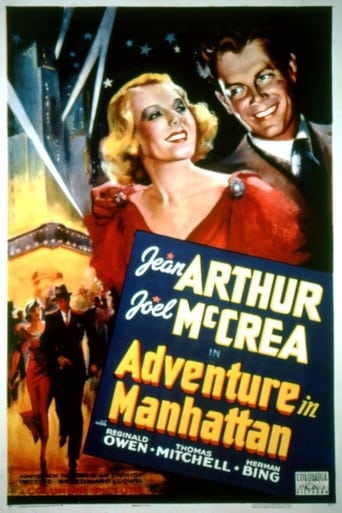 Fun little film about an egotistical crime writer who gets involved with the case of a notorious art thief (who is believed to be dead) while at the same time romancing a lovely young actress who's in a play that also happens to be the cover for massive jewel job. Art connoisseur and criminologist George Melville (Joel McCrea) is hired to track down art thieves, assisted by perky Claire Peyton (Jean Arthur) and goaded by Phil Bane (Thomas Mitchell), the roaring newspaper editor who has employed him. The mastermind poses as a theatrical impresario and stages a war drama, replete with loud explosions, to divert attention from his band of thieves, who are cracking safes in a bank adjacent to the theater.