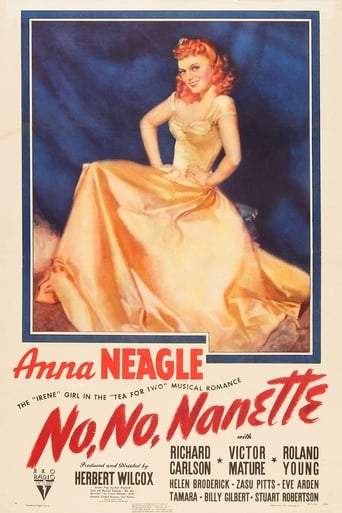 Perky young Nanette attempts to save the marriage of her uncle and aunt by untangling Uncle Jimmy from several innocent but ensnaring flirtations. Attempting one such unentanglement, Nanette enlists the help of theatrical producer Bill Trainor, who promptly falls in love with her. The same thing happens when artist Tom Gillespie is called on for help. But soon Uncle Jimmy's flirtations become too numerous, and Nanette's romances with Tom and Bill run into trouble. Will Uncle Jimmy's marriage survive, and will Nanette find happiness with Tom, Bill, or somebody else?