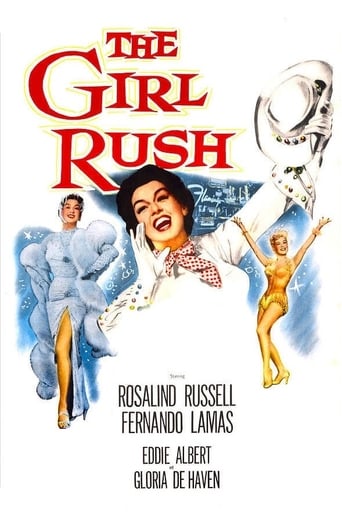 When her compulsive-gambler father dies, leaving her with an inheritance that amounts to zip, single gal Kim Halliday jumps at a caller's claim that she's part-owner of a Las Vegas "hotel." But hilarity ensues when she flies to Sin City to see it. While a wealthy casino owner eyes her dilapidated property, she takes a chance and tries to sell it to an hotelier's wealthy son.