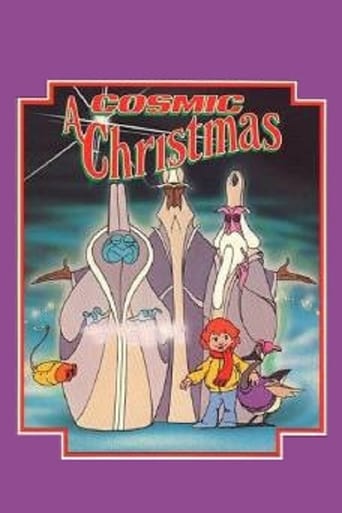 Three aliens from an unknown planet, who bear a strong resemblance to the Biblical Magi, visit earth to know the true meaning of Christmas. Peter, a young boy, and Lucy, his goose, are the first to encounter them. Unable to find the true meaning of Christmas in town, Peter takes them to his family's house in the woods. While Peter's grandmother tells the aliens about her memories of Christmas, Marvin, one of the town's bullies, steals Lucy. In the chase to rescue Lucy, Marvin falls through the ice in a lake. Peter attempts to rescue him but falls into the lake as well. The townsfolk, who were out searching for the aliens, attempt to save the boys but their human chain isn't long enough to reach them. The three aliens, who had sworn not to interfere with events on earth, decide to help in order to learn the meaning of Christmas.