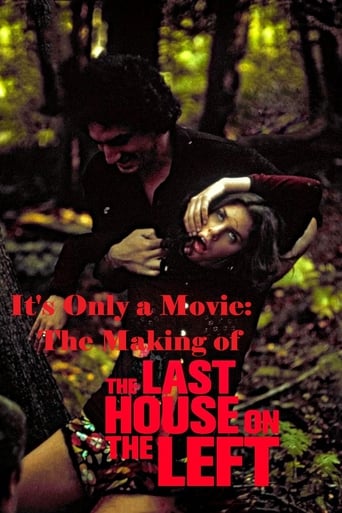 Produced for the 30th anniversary of the film's theatrical release, this documentary gives a behind-the-scenes look at the making of a film about brutal murder and even more brutal revenge that has become one of the classics of the modern horror genre. Includes interviews with the cast and crew, including director Wes Craven, who relates some of the difficulties he had getting the film finished and released.

Watchlist Favorite
READ ME : You must create a FREE account in order to STREAM or DOWNLOAD. Account Verification Watch It's Only a Movie: The Making of 'Last House on the Left' in HD quality (LICENSED) directly on your browser or download them for offline viewing!