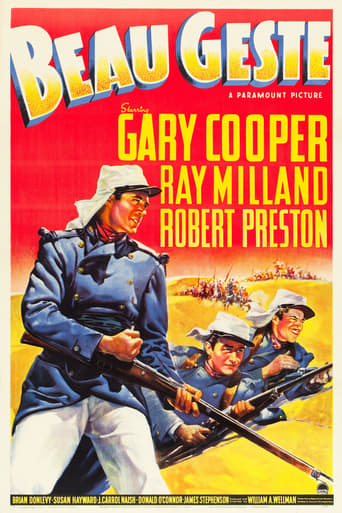 Academy Award winners Gary Cooper and Ray Milland star along with Robert Preston in the epic adventure Beau Geste. When three brothers join the Foreign Legion to escape a troubled past, they find themselves trapped under the command of a sadistic sergeant deep in the scorching Sahara. Now the brothers must fight for their lives as they plot mutiny against tyranny and defend a desert fortress against a brutal enemy. Nominated for 2 Academy Awards, Beau Geste has been universally acclaimed by generations of critics and audiences alike as a true motion picture classic.