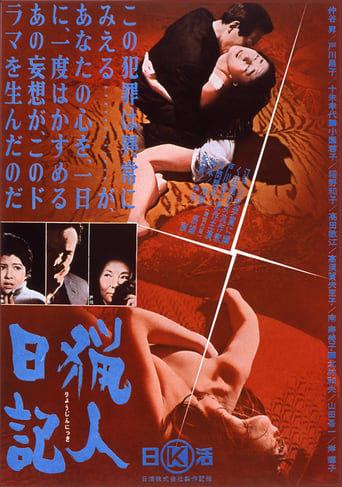 Leaving his wife in Osaka, Honda leads a double life in Tokyo – after spending the day as an elite businessman, he flirts around in the evenings. He even rents a secret apartment where he keeps record of his girl hunts in his diary, the ‘Hunter’s Diary’. One day, he finds an article in the newspaper – a murder of a young woman in his diary. A few days later, another woman from his diary is murdered. He soon finds himself in a labyrinth of fear, as women named in his diary are killed one after another...