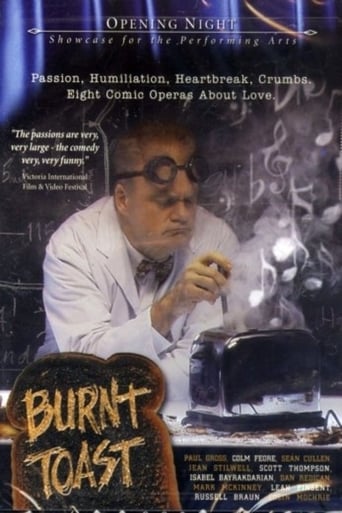 An irreverent and hilarious spin on opera, domestic drama and the hallowed institutions of love and marriage, Burnt Toast is an hour-long television opera comprised of a series of eight comic operas each depicting a different stage of romantic love. The relationships depicted run the gamut: from the passionate to the fantasized, the bored and of course the dead relationship, each as recognizable as the last.