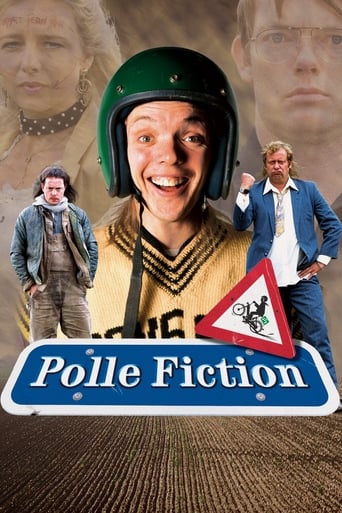 The whole plot in this crazy comedy movie is a story about a geeky and nerdy guy called Polle, who lives in a little village named Snave, which is far out in the Danish countryside. Even though he has turned 30, he's is still living with his parents, and he's kind of an outsider in the little town. The only sort of "friends" he actually has, are three totally much more insane yokels named Heino, Jøgge and Knasti, who are always spending their time, doing live tough for poor Polle.