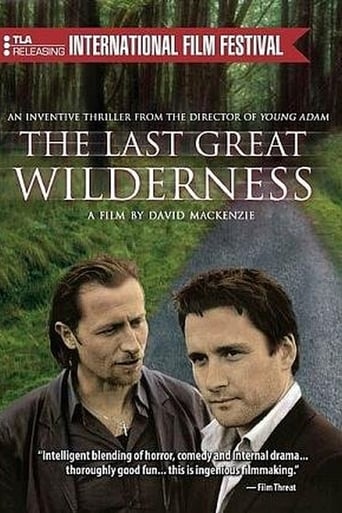 Charlie's (screenwriter Alastair Mackenzie) wife has left him for a successful pop star, and he wants revenge. He sets out for Scotland's Isle of Skye, where he will burn down the star's mansion. In a cafe, he meets Vincente (Jonny Philips), a Spaniard who asks him for a ride. With his new friend in tow, Charlie soldiers on, only to run out of gas in the middle of nowhere. They walk to the nearest residence--where they are greeted by a suspicious and motley group of people who may or may not be part of a bizarre cult that lives in the area. Charlie and Vincente will be staying longer then they expected, and it is going to be a strange visit! David Mackenzie's (YOUNG ADAM) first film is an offbeat hybrid of horror and comedy with an effective score by the Pastels.