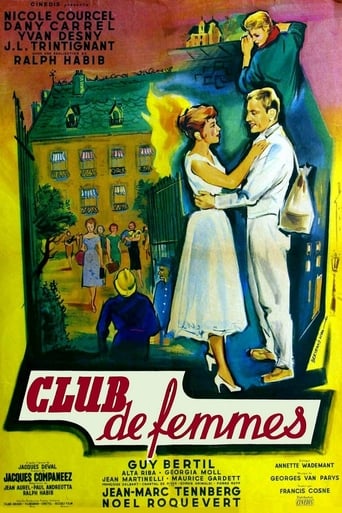 A remake of a pre-war French film success, Club de femmes is a seriocomedy centralized in an all-female boarding house. Forced to band together because of a housing shortage, the film's heroines set up camp in a deserted structure, despite the tongue-cluckings of local busybodies and do-gooders. Complications ensue when a huge corporation announces plans to raze the building and erect a factory. Amazingly, the ladies are saved by the very company that wants to evict them.