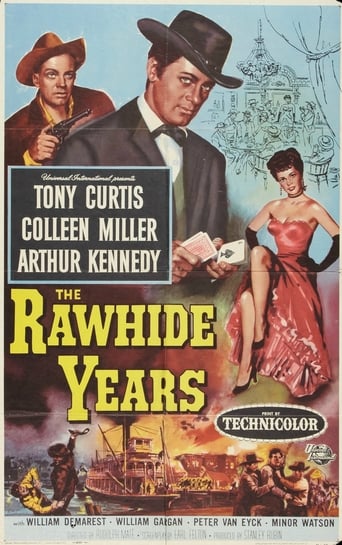 Ben Matthews gives up the flashy life of a riverboat gambler, hoping to settle down in Galena with his girlfriend, luscious entertainer Zoe. But Galena's leading citizen is murdered on the boat; Ben, on arrival, finds a lynch mob after his neck, and flees. Three years of wandering later, Zoe's letters stop coming and Ben returns to find her and attempt the hopeless task of clearing himself.