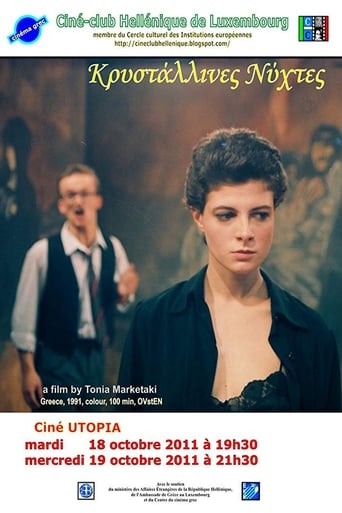 In this supernatural-themed romance, a German woman in the between-wars period is being initiated into some kind of esoteric/psychic order and learns at that time that her ideal mate won't even be born for quite a few years. By 1936, she has moved to Greece with her Greek husband, and there she meets Alberto, a very young Greek man, a Jew, who is evidently the man she has been seeking. They are able to read each other's thoughts and do so in the midst of a sexual encounter. Despite the boy's attraction to her, he spurns her due to her age (she is forty). She commits suicide and is born almost immediately as someone able to protect her ideal mate from the Germans. Later, as a young woman, she again has a liaison with Alberto, who again spurns her due to their age differences. Flashbacks indicate that this situation has been part of their lives for many incarnations.