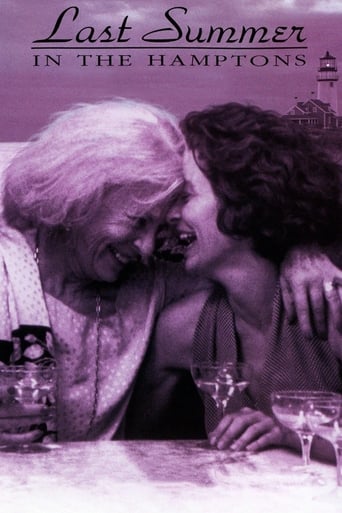 Filmed entirely on location in East Hampton, Long Island, "Last Summer in the Hamptons" concerns a large theatrical family spending the last weekend of their summer together at the decades-old family retreat which economic circumstances have forced them to put on the market. Victoria Foyt plays a young Hollywood actress whose visit wreaks havoc on the stellar group of family and friends - led by matriarch Viveca Lindfors and made up of an extraordinary mix of prominent New York actors, directors, and playwrights. In the course of a very unusual weekend, comic as well as serious situations arise, and the family's secrets - of which there are many - begin to unravel.