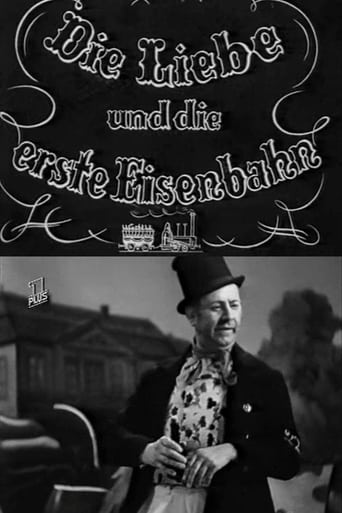 'Love and the First Railway' is what this movie's title would mean in English. This is one of those films that depicts fictional characters participating in an historic incident. The actual first railway was built in England, of course. But according to this movie, the first railway (in Germany, at least) was built from Berlin to Potsdam, in 1838. I haven't the faintest idea if that's correct, but the people who made this movie do seem to take a great deal of interest in historical accuracy, so I'll take their word for it. Anyway, a title at the beginning establishes that this movie is set in 1838.