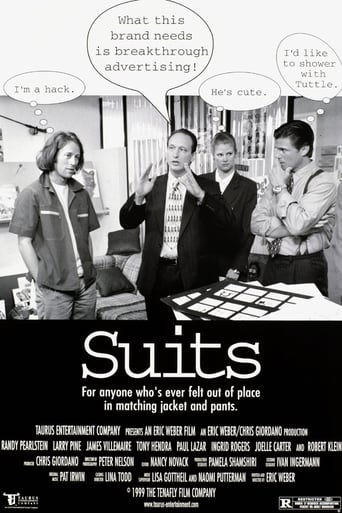 A deodorant company with a product called "Smell No Mo" pits two rival ad agencies in a race to come up with a campaign for a new-fangled sanitary napkin called Vorcan. The advertising satire follows the New York firm of Cranston & Co. as they fight rival Hoffman & Partners. Cranston fires his creative director which puts a young copywriter with a literature degree on the front line, even though he doesn't want to be. The contest comes down to a schmaltzy campaign by Hoffman with music by Air Supply that uses the tagline "Vorcan: your own personal air supply." or a more down to earth campaign from Cranston of "The pad ain't bad!"