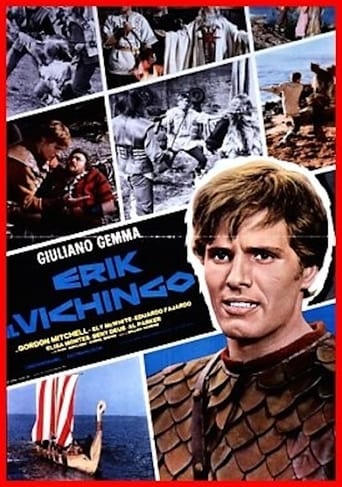 Viking chief Thorvald dies from a mortal combat wound. He realizes his son Erloff is not a worthy successor, but his will divides his property equally between him and Erik, the valiant son of his sister, who also gets his weapons and the mission to lead a sea-faring expedition to find new land for a settlement, crucial as their Scandinavian home village won't be able to resist the might of the Danish kingdom.