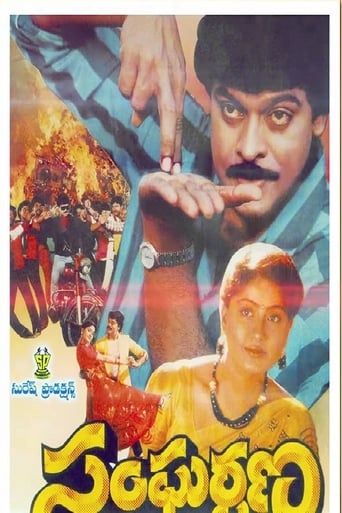 Sangharshana movie deals with the struggle between a rich father and his well educated foreign returned son.Chiranjeevi played a role of Dilip, who is educated in united states and returns to india after a long time. His father janardhan rao runs a factory and wants his son to take over his business. Meanwhile dilip meets rekha (vijayasanthi) and they both fall in love with each other. After a couple of days, one day dilpi realizes that his father is a smuggler, who runs his dark business under the mask of his factory. He senses the danger and refuses to takeover his father’s position and joins the same factory as a labour. He rises to union leader’s position and revolts against his father. Rest of the movie is about how all ends well.