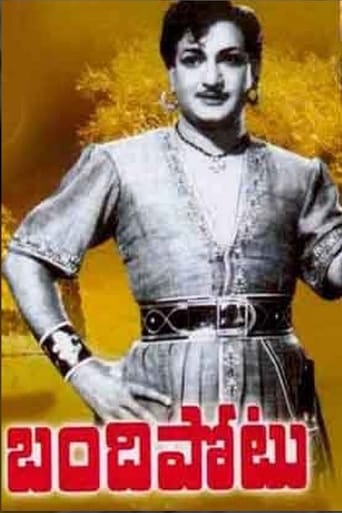 Sathyasena (Gummadi), the king of Gandhara, suffering from paralytic legs leaves the rule to his vicious brother-in-law Soorasimha (Rajanala), the army commander. Dharma Nayaka (Chittoor V. Nagaiah) is one of the victims of Surasimha’s tyranny. Dharma’s brother Veera Nayaka (Mikkilineni) as a masked man rebels against Surasimha by leading a group of men. He robs the royal wealth and distributes it to the poor. While he is looting the wealth of princess Mandaramala (Krishnakumari), Dharma’s son Narasimha (N. T. Rama Rao) fights with the masked brigand and is surprised to find it is his uncle. He learns from Veera how Soorasimha has ruined their lives. Meanwhile, Surasimha plots to ascend the throne by marrying Mandaramala. In an act of deceit, he eliminates Dharma Nayaka and Veera Nayaka. Narasimha takes the place of Veera Nayaka as the masked rebel, annihilates Soorasimha and ascends the throne after marrying Mandaramala.