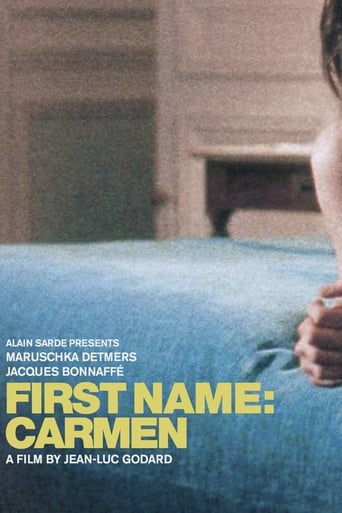 The protagonist is Carmen X, a female member of a terrorist gang. She asks her uncle Jean, a washed-up film director if she can borrow his beachside house to make a film with some friends, but they are in fact planning to rob a bank. During the robbery she falls in love with a security guard. The film intercuts between Carmen's escape with the guard, her uncle's attempt to make a comeback film, and a string quartet attempting to perform Beethoven.