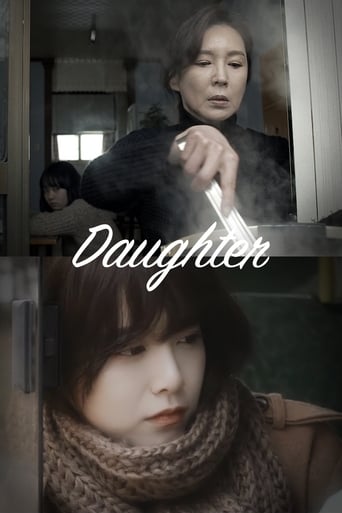 A mother is seriously obsessed with her daughter. The mother forces her daughter to live a ascetic life and keeps a close watch to ensure she doesn’t stray. Years later, now fully grown up, the daughter learns that her mother is stricken with cancer and visits the hospital. The mother, however, has not changed at all, even while awaiting her imminent death. The daughter visits her former piano teacher, who consoled her when she was young. Since she was not on good terms with her own father, the teacher understands the daughter’s position and tries to support her former student. This teacher now lives alone at her old house after all these years. When the teacher tells the daughter that she took care of her father with Alzheimer’s until he died, the daughter begins to wonder if she, now pregnant, will ever be able to be free from the painful memories involving her mother.