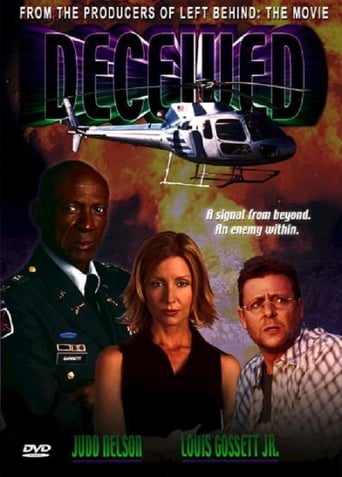 In a remote space observatory perched high in the Sierra Nevada Mountains, a needle frantically scratches erratic lines on a strip chart recorder confirming an extraterrestrial signal. Emmett Shaw, the powerful, charismatic billionaire who owns the observatory, rushes to the station, hungry to expose the discovery. This is the biggest moment in human history and he is the man responsible for it all. With the goal of immediately sharing the signal with the entire world, he brings along two leading journalists--Kara Walsh, an extremely attractive, top-notch investigative reporter who begrudgingly owes her career to Shaw, and Reverend Fletcher, a new age visionary with the hottest radio show in the country. Also accompanying Shaw is Jack Jones, a scruffy but brilliant computer technician whose pessimistic and often sarcastic attitude ruffles many feathers in the group--especially Smitty's, the program director, who happens to be Jack's ex-girlfriend and the only Christian in the group.