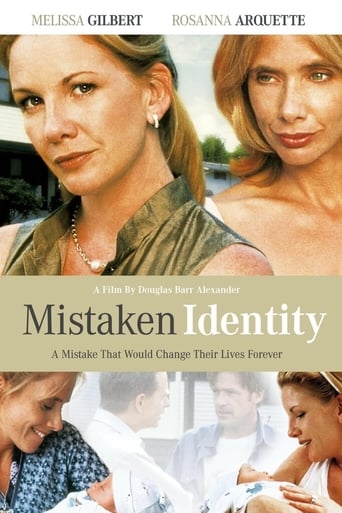 Based on an actual incident at the University of Virginia Medical Center, this made-for-TV drama (also known as "Switched At Birth") tells the story of Sarah and Linda, two mothers who give birth on the same day in the same hospital. 18 months after the two women had contentedly gone home with the babies, a DNA test proves the infants were switched at birth by the hospital...