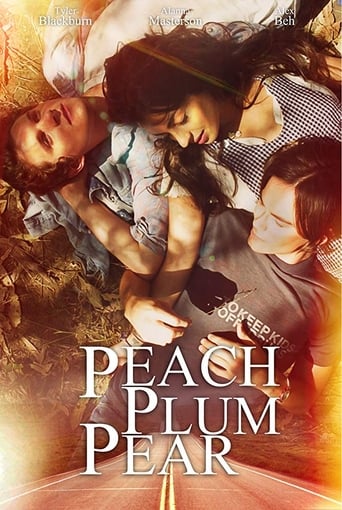 Peach Plum Pear is the story of Jesse, a troubled young man from Los Angeles, and his friend Will, who find themselves stranded in small- town Nebraska on their way to Chicago when their car is stolen. The purpose of their trip has a vague connection to Jesse's father, who lives there. During their stay, they work for Hank, a rough and tumble handyman in exchange for his car, who is married to Sharon, the kind bartender who agreed to take them in temporarily. Hank, Sharon, and neighborhood girl Dora, who has strained relationships with the men in her life, teach Jesse surprising lessons about relationships and himself. --Anonymous, via IMDB