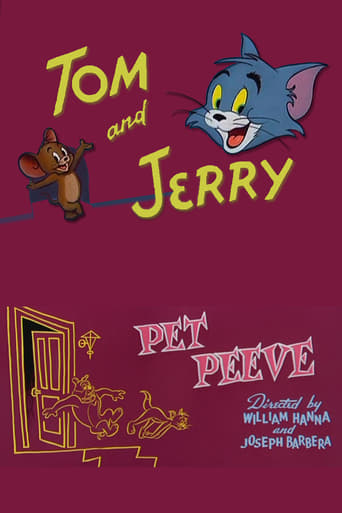 The couple that owns Tom and Spike decides they can't afford to keep both. They agree that the first one to catch the mouse can stay - bad news for Jerry, until both Tom and Spike cause a bit too much destruction and both get thrown out. This was the first Tom and Jerry cartoon to be released in CinemaScope and the second to be produced in the format (the first was Touché, Pussy Cat!, released a month later), which widened the cinema screen to a more expansive aspect ratio to compete against the growing popularity of television. The CinemaScope process required thicker and more defined ink lines around the characters, giving them a slightly more "modern" and less detailed appearance. The cartoon is also the first to feature an owner of the house that is not Mammy Two Shoes, the African-American maid voiced by Lillian Randolph from the first cartoon Puss Gets the Boot (1940) up to and including 1952's Push-Button Kitty. Instead, Mammy was replaced with a white married couple.