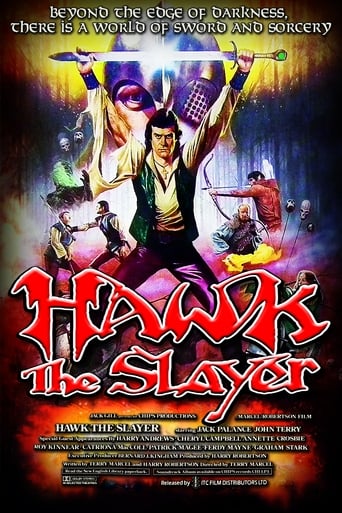 Hawk the Slayer, after seeing both his father and bride die at the hands of his malevolent brother, Voltan, sets out for revenge and the chance to live up to his title. Tooling himself up with the "mind-sword" and recruiting a motley band of warriors: a giant, a dwarf, a one-armed man with a machine-crossbow and an elf with the fastest bow in the land; Hawk leads the battle against Voltan to free the land from the forces of evil and avenge his loved ones.