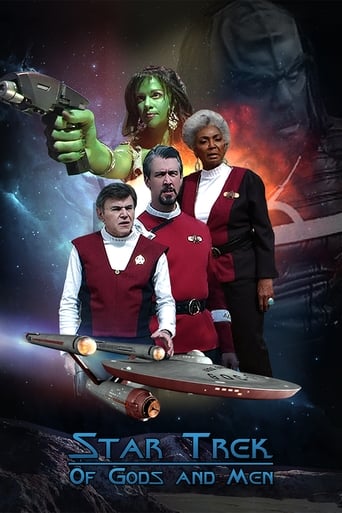 The year is 2306… 12 years ago, Captain Kirk was swept away by the Nexus. One year later, Commander Scott was reported missing along with the USS Jenolen. The remaining USS Enterprise crew have split. Captain Spock and Doctor McCoy are on Khitomer, continuing their work towards peace the Klingon Empire. Captain Sulu and the Excelsior are on a mission beyond the Alpha Quadrant. Captain Chekov, feels his career has stalled, leaving him to ponder retirement. Captain Uhura, Director of Starfleet Linguistics, feels there may be something missing in her life.Now, Chekov and Uhura, with John Harriman, former Captain of the Enterprise-B, come together for the dedication of a new ship. However, their reunion is cut short when they receive a distress call from an all-too-familiar planet, where they meet up with an almost-forgotten face, and in an instant, something happens that presses the three friends to embark on a mission that will forever change their lives…