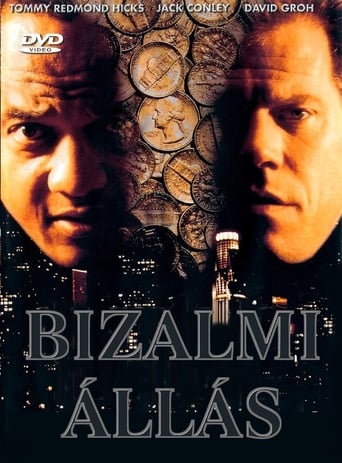 Policeman Stevie Grimes never lost his trust in the police force but has been suspended a few months for accidentally shooting and killing a young boy. Because of lack of evidence in court and with some help from his former partner, Stevie soon finds himself working as a policeman again. When Stevie returns to the police force he is bound to a desk job. Stevie misses the action of the streets and asks his former partner who has been promoted to lieutenant, if there are any interesting assignments available, the lieutenant knows just a case that Stevie can work out perfectly. The lieutenant and Stevie do however share a dark secret... It wasn't Stevie that shot the young boy but somebody very important within the police force, Stevie took the fall out of loyalty.