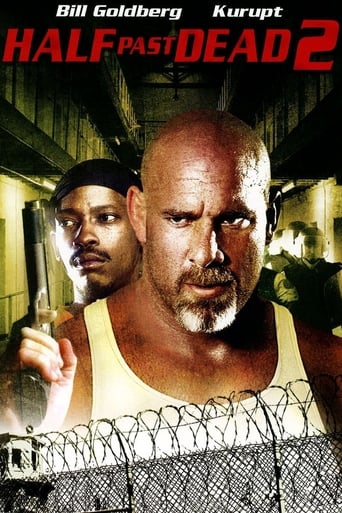 Long time inmate Twitch (Kurupt) gets himself transfered to a tougher prison than the re-opened Alcatraz. He claims it's to be closer to his lady but his real motives are a bit more grandiose. There he crosses paths with Burke (Bill Goldberg) a bulky prisoner who can take care of himself. Twitch, despite being less muscular, is just as mouthy and is pretty much the same. But there is a gang war brewing between the black and hispanic inmates that explodes into a hostile takeover of the prison when the black's gang leader is shot dead and the finger points at Burke. But the sh!t really hits the fan when the real killer and leader of the hispanics, Cortez (Robert Madrid) takes Twitch's girlfriend and Burke's daughter hostage.