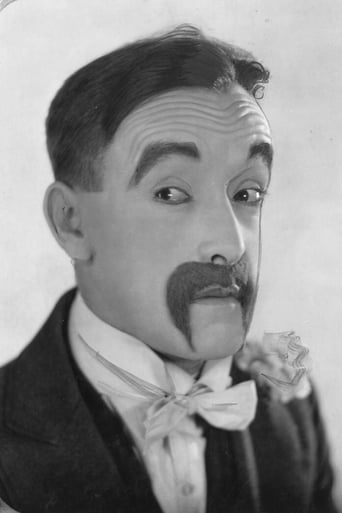 From Wikipedia, the free encyclopedia Snub Pollard (9 November 1889 – 19 January 1962) was an Australian-born vaudevillian, who became a silent film comedian in Hollywood, popular in the 1920s. Born Harold Fraser, in Melbourne, Australia on 9 November 1889, he began performing with Pollard's Lilliputian Opera Company at a young age. Like many of the actors in the popular juvenile company, he adopted Pollard as his stage name. The company ran several highly successful professional children's troupes that traveled Australia and New Zealand in the late nineteenth and early twentieth century. In 1908, Harry Pollard joined the company tour to North America. After the completion of the tour, he returned to the US. By 1915 he was regularly appearing in uncredited roles in movies, for example Charles Epting notes that Pollard can clearly be seen in Chaplin's 1915 short By the Sea. In later years, Pollard claimed Hal Roach had discovered him while he was performing on stage in Los Angeles. Pollard played supporting roles in the early films of Harold Lloyd and Bebe Daniels. The long-faced Pollard sported a Kaiser Wilhelm mustache turned upside-down; this became his trademark. Lloyd's producer, Hal Roach, gave Pollard his own starring series of one- and two-reel shorts. The most famous is 1923's It's a Gift, in which he plays an inventor of many Rube Goldberg-like contraptions, including a car that runs by magnet power. In early 1923, shortly after his second marriage, Pollard returned with his wife Elizabeth to see his relations in Australia. His visit attracted considerable attention, and he appeared again in several theatres to speak about the motion picture business. On his return to the US, he left Roach and joined the low-budget Weiss Brothers studio in 1926. There he co-starred with Marvin Loback as a poor man's version of Laurel and Hardy, copying that team's plots and gags. In later years, Pollard claimed the Great Depression wiped out his investments, and he had been unable to "adjust to the talkies." However, in the 1930s, he played small parts in talking comedies, and was featured as comic relief in "B" westerns. Pollard's silent-comedy credentials guaranteed him work in slapstick revivals. He appeared with other film veterans in Hollywood Cavalcade (1939), The Perils of Pauline (1947), and Man of a Thousand Faces (1957). He also appeared regularly as a supporting player in Columbia Pictures' two-reel comedies of the mid-1940s. Forsaking his familiar mustache in his later years, he landed much steadier work in films as a mostly uncredited bit player. He played incidental roles in scores of Hollywood features and shorts, almost always as a mousy, nondescript fellow, usually with no dialogue. Snub Pollard died of cancer on 19 January 1962, aged 72, after nearly 50 years in the movie business. His interment was at Forest Lawn Memorial Park (Hollywood Hills). For his contributions to motion pictures, Pollard has a star on the Hollywood Walk of Fame at 6415½ Hollywood Boulevard.