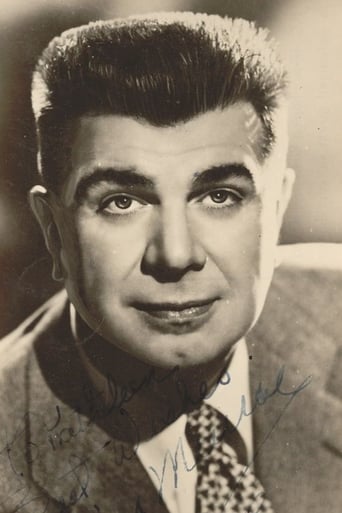 Birth Name: Kenneth Abner Doncourt He wasn't a natural, instinctive talent but entertainer Ken Murray had solid breeding to rely on. Born in 1903 in New York City, his father was a vaudeville comic and Ken taught himself to dance, sing, tell jokes, and even perform rope tricks to try and get ahead. It paid off. Touring in an act with his first wife, Ken was soon headlining the Palace during the declining days of vaudeville. At first a hobby, Ken found another lucrative outlet when he went to Hollywood and bought a 16mm home movie camera to take shots of home and family. As his name around town increased, so did the quality of his subjects, which now included famous movie stars who mugged willingly for the camera. By the mid 1930s, his movies were being utilized by Columbia in a short subject series called "Screen Snapshots", clips that are still used today for documentaries and retrospects. In 1942, Ken appeared as producer, star and overall ringleader of the stage show "Ken Murray's Blackouts", a strange blend of risqué humor, well-proportioned young starlets, musical interludes and novelty acts that ran for many years. In fact, it set a record at the time for the longest running show in the history of Los Angeles (7 years, 3,844 performances). It became an absolute must-see during WWII. He received a special Academy Award in 1947 for "novel and entertaining use of the medium". Ken hosted his own TV show, The Ken Murray Show (1950), between 1950 and 1953. He worked in Las Vegas showrooms as well in the 50s, managing a few acting roles on the side, notably The Man Who Shot Liberty Valance (1962). The showman with the distinct crew cut penned his autobiography "Life on a Pogo Stick" in 1960. In 1979 he edited his home movies into a film anthology called "Ken Murray's Shooting Stars". He had four children, two boys and two girls -- his son Cort was a professional singer at one time. Ken died at age 85 in Burbank, California. - IMDb Mini Biography By: Gary Brumburgh / gr-home@pacbell.net